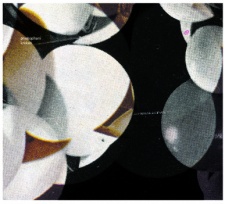 Press release from Rune Grammofon: Kreken” is the fourth album from Phonophani, aka Espen Sommer Eide, possibly Norway´s most original and inventive electronica musician today. In addition to being a multi-instrumentalist he is also a digital electronics expert, programmer and instrument builder, which goes a long way in explaining why he doesn´t sound much like anything else. His music is about rediscovering the great mystery of music through dissecting the sound of ordinary or ”real” instruments such as cello, vibraphone, guitars and the human voice and dissolving melodies into their elementary particles. While he has previously turned his attention to other cultures and traditions, with ”Kreken” he has now tuned his ears to Norway´s own traditional folk music and instruments, it´s melodic content and special tuning systems, all treated electronically in one way or another. Among the guests are Jenny Hval (Rockettothesky) and American guitarist David Grubbs (Gastr Del Sol, The Red Krayola).

Also available as a very special limited edition in only 250 numbered copies.