Our new album Alog Unemployed is now out in all formats! Buy physical from Rune Grammofon, or digital from iTunes - hope you enjoy our hard labour! The 4xLP is the definitive work, so far only available as vinyl, with 2 1/2 hours of Alog Unemployed music. The CD and download is a selection of this material. 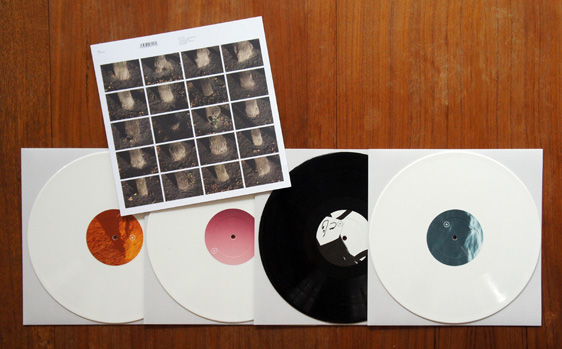 "Alog - Unemployed" was recorded in a wide range of spaces and places. From recordings of Haugan and Eide as street musicians in San Francisco while touring, to scavenging old collections of 78-records in the mining town of Bjørnevatn in the far north-eastern part of Norway. From on-the-spot recordings of Sigbjørn Apelands legendary collection of vintage harmoniums in the St. Jacobs Church in Bergen, to high-end capture of the unique sounds of Alogs many custom built instruments in the studios of Notam in Oslo and BEK in Bergen. For a period of three years Alog collected material from all kinds of sources, times and situations and made new songs that constantly push their creative freedom in unexpected directions.

Alog was formed in Tromsø in the late 90s, as the duo of Espen Sommer Eide and Dag-Are Haugan. While touring and composing over the past years they have met a lot of unique musicians, and for "Unemployed" they were invited to extend Alog into new constallations. The soothing harmonium drones of Sigbjørn Apeland. The minimalist fiddle improvisations of the Sheriffs of Nothingness (Ole-Henrik Moe and Kari Rønnekleiv). The resonating everyday objects of the talented young soundartist Signe Lidén. The magical voices of fellow Rune Grammofon artist Jenny Hval and the legendary dutch sound poet extraordinaire, Jaap Blonk. All join in to explore new musical territory, either together or by being invited to create their own pieces for the album. The result is an open-ended collection of voices and expressions, genres, sounds and non-sounds that define a new extended version of Alog.

– On previous albums we have worked slow and with control of every minute detail of our pieces. On "Unemployed" we wanted to exhibit the compositional process, the experiments, the rough sketches and the stream of ideas that goes into it, and not just a series of perfected tracks. Our goal was to free ourselves from the standard song-structures and album-formats widespread today.